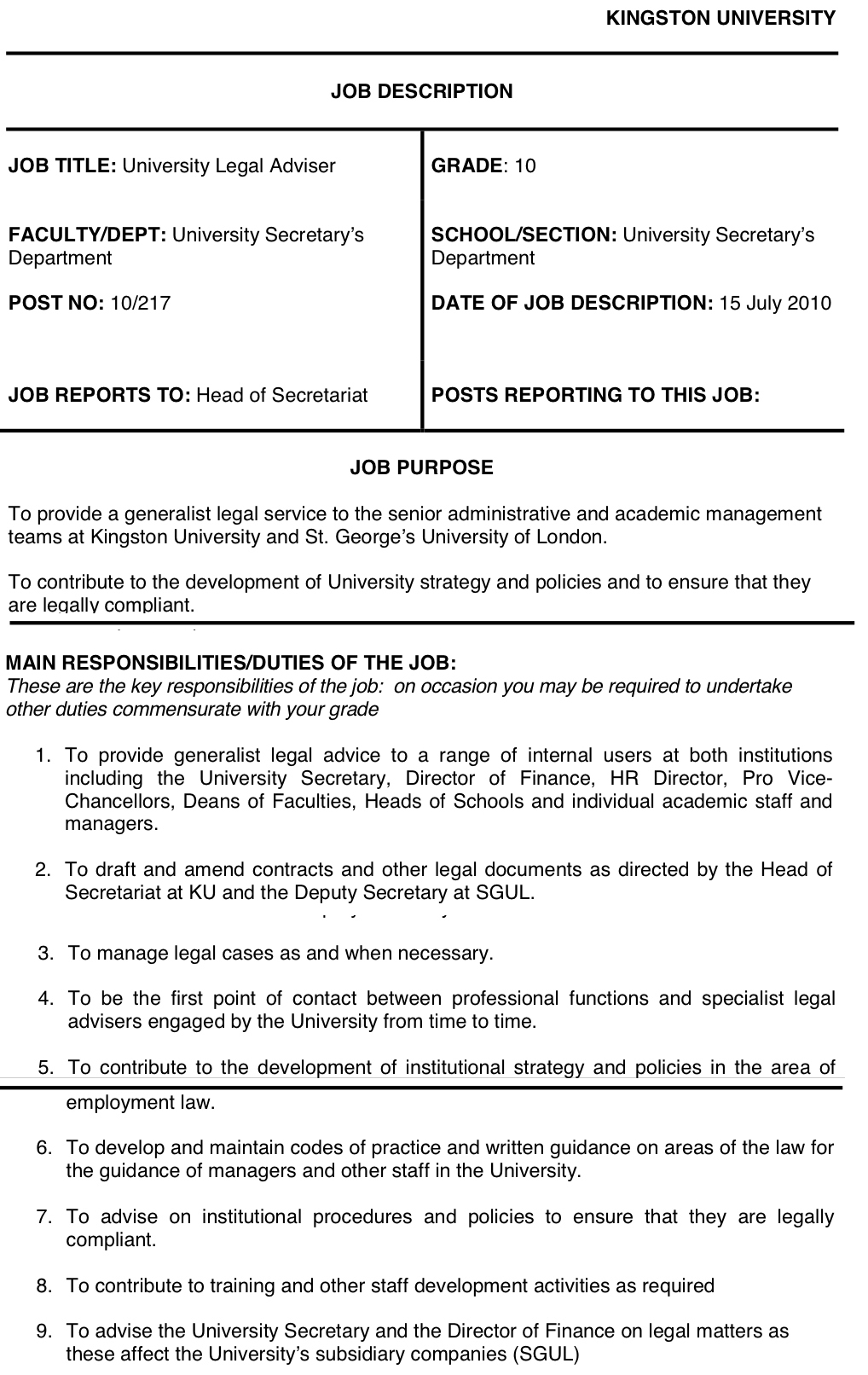 The above job description is for the post of Legal Adviser to Kingston University, a full-time position, paying in excess of £50,000/year. The principal responsibilities of the job will include managing legal cases and being the point of contact between University officials and the University's highly paid outside army of solicitors. 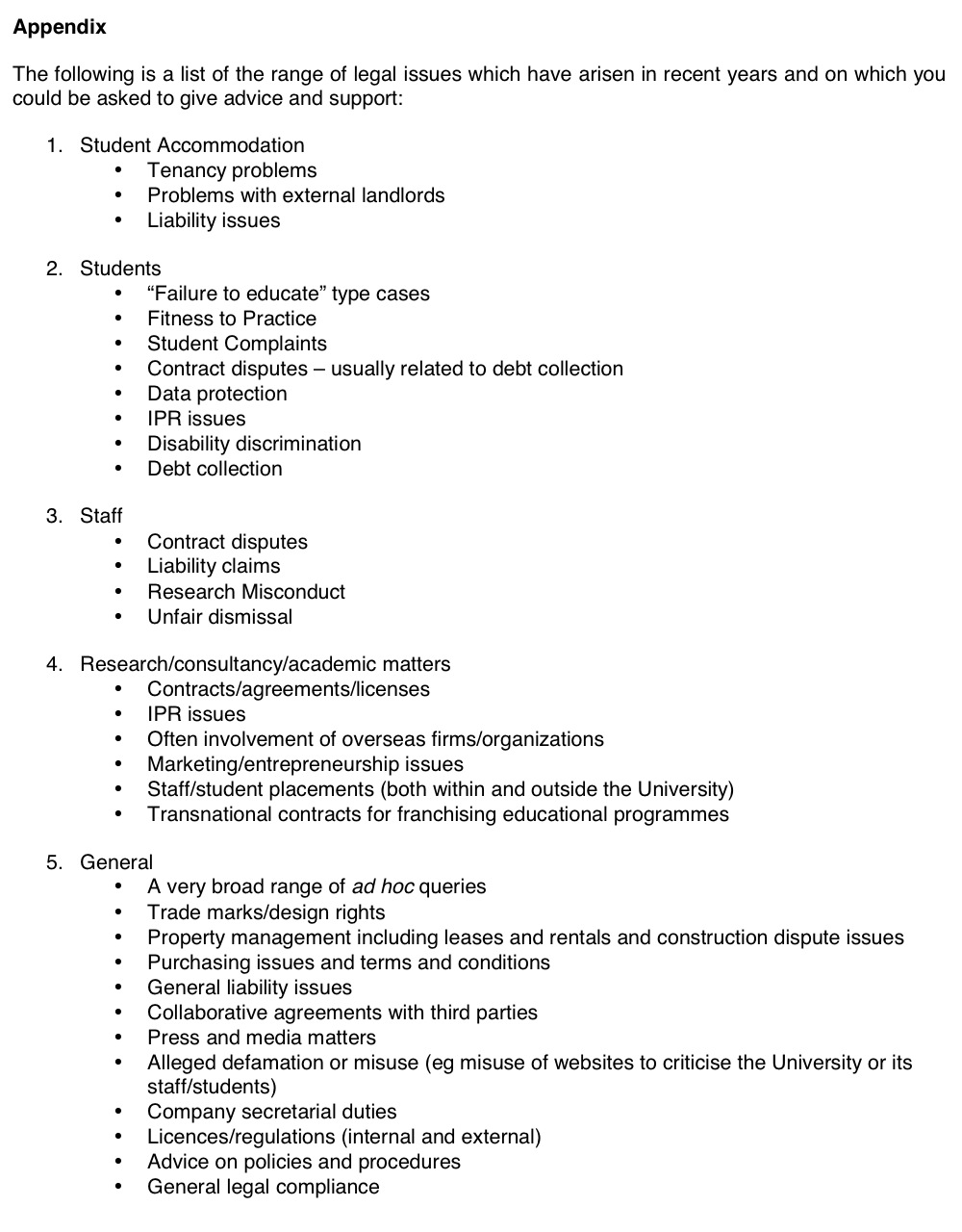 Of particular note is the matter of the case(s) of "failure to educate."

What does that mean? Could it be that the University was sued or threatened with a lawsuit by a student who felt that he/she had not learned anything during his/her time at Kingston? If so, why do you think that this student felt so poorly served by the University? Could it have anything to do with the academic standards of the University?

Another interesting item on the list of issues of recent years includes "Alleged defamation or misuse (eg misuse of websites to criticise the University or its staff/students)."

Does the University think it should be able to define what "misuse" of a website is?

And given the University's history of making public statements to the effect that it does NOT attempt to curb online criticism of the University, how does this reconcile with the hiring of a full-time lawyer, whose duties might very well include taking legal action against precisely such criticism?

Would the University not be better off providing the highest quality service, treating their staff and students well, and maintaining the principles of academic freedom to express genuine criticism than by spending huge sums of public money on hiring lawyers to get them out of their various legal predicaments?